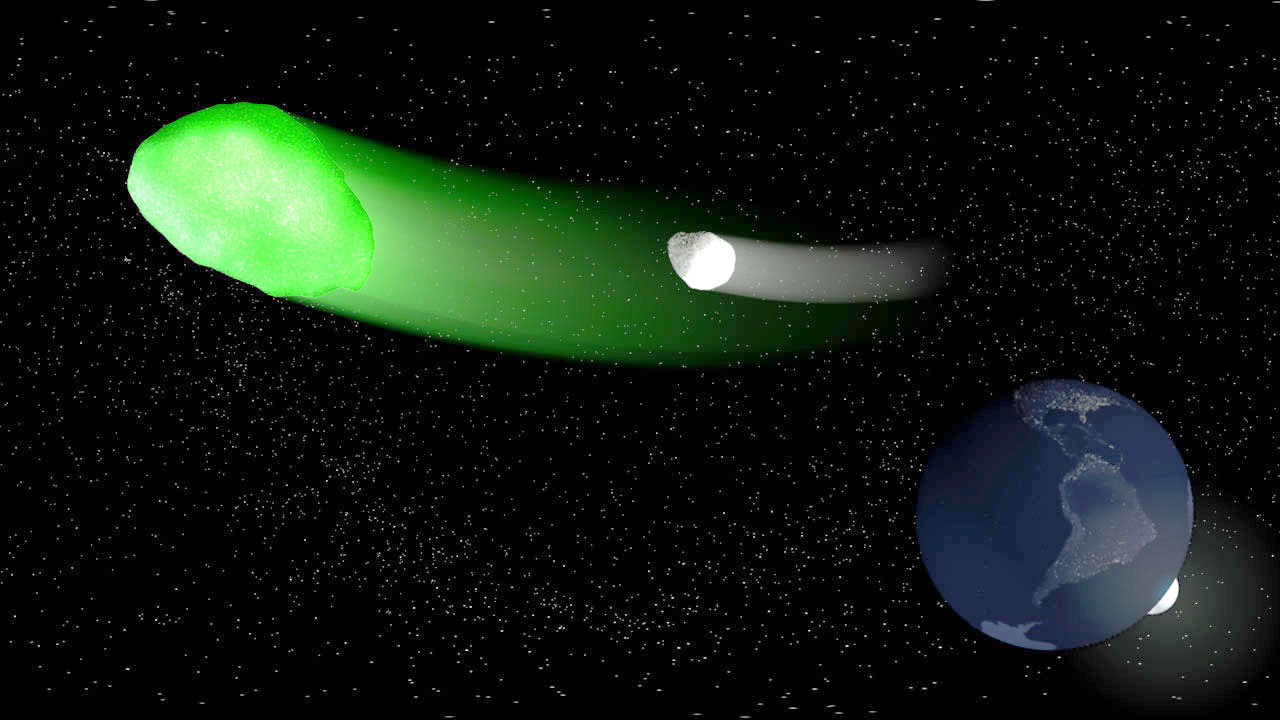 March 22, 2016 at approximately 7:30 a.m. CDT comet P/2016 BA14 will buzz earth closer than any comet has in over 250 years. Clearing the way for it’s friend will be comet 252P/LINEAR on Monday, the morning before at around 7:14 a.m. CDT. You will need pro gear to see these so it’s not really an event for the amateur astronomer but a relevant event to our study of comets.

This will be a unique opportunity for NASA to study the nature of “twin comets”. That is, comets that travel in pairs or more together in the mayhem of the universe. Dollars to donuts I suspect they will find out that comets such as these will be the result of either singular comets breaking apart or that they are parts of a mutual event such as planetary collision, etc. I base this hypothesis on absolutely nothing 😛 Seriously, it will be interesting to find out what they discover. Perhaps we’ll learn some more stuff about how rotation affects gravity and attraction of objects and their relation to gravitational waves. Fun stuff. I just want flying cars.

As I previously said, you won’t really be able to see P/2016 BA14 without pro gear but the first comet on Monday 252P/LINEAR will be visible to the naked eye or with decent binoculars. The first one will also be a brighter comet, glowing emerald green in color. You’ll actually be able to catch some motion within a minute of observation if you are lucky enough to have visibility.

Of course our favorite nemesis of the astronomy community, the moon, will be making an appearance to totally ruin everything for the bulk of the fly by as with many cosmic events. Damn lunar dice! Things will clear up by the 24th to catch  a little bit of the comets, hopefully they’ll flare up as expected and give us a small show. I’ll be out there I’m sure as I’ve set a reminder on my phone to shout “show us your tits comet!” like the total weirdo that I am.

Rest assured, the Hubble Space Telescope will be doing it’s thing at these two as they pass by and perhaps we’ll get some nice shots of the comets. Then the nerds at NASA can get their little hands on the pics and tell us some things and stuff about things and stuff. Eventually they’ll say “and that was the moment we understood anti-gravity” or “this study is what led to ion pulse drives that allow interstellar travel”. That’s a cool thing to ponder. You never know when one little random study of a random event will lead to an exponential explosion in knowledge and understanding for humans. Woah… pass the binger duder!

Here’s some stats for nerders. P/2016 BA14, the second comet that’s passing the closest, will pass by at about 2.1 million miles away from Earth. This is the third closest fly by of such an object since 1770 according to NASA. An object in 1983 passed similarly close as well. FYI, the moon is 238,900 miles away. “What’s the fastest land animal? The cheetah. Next!”