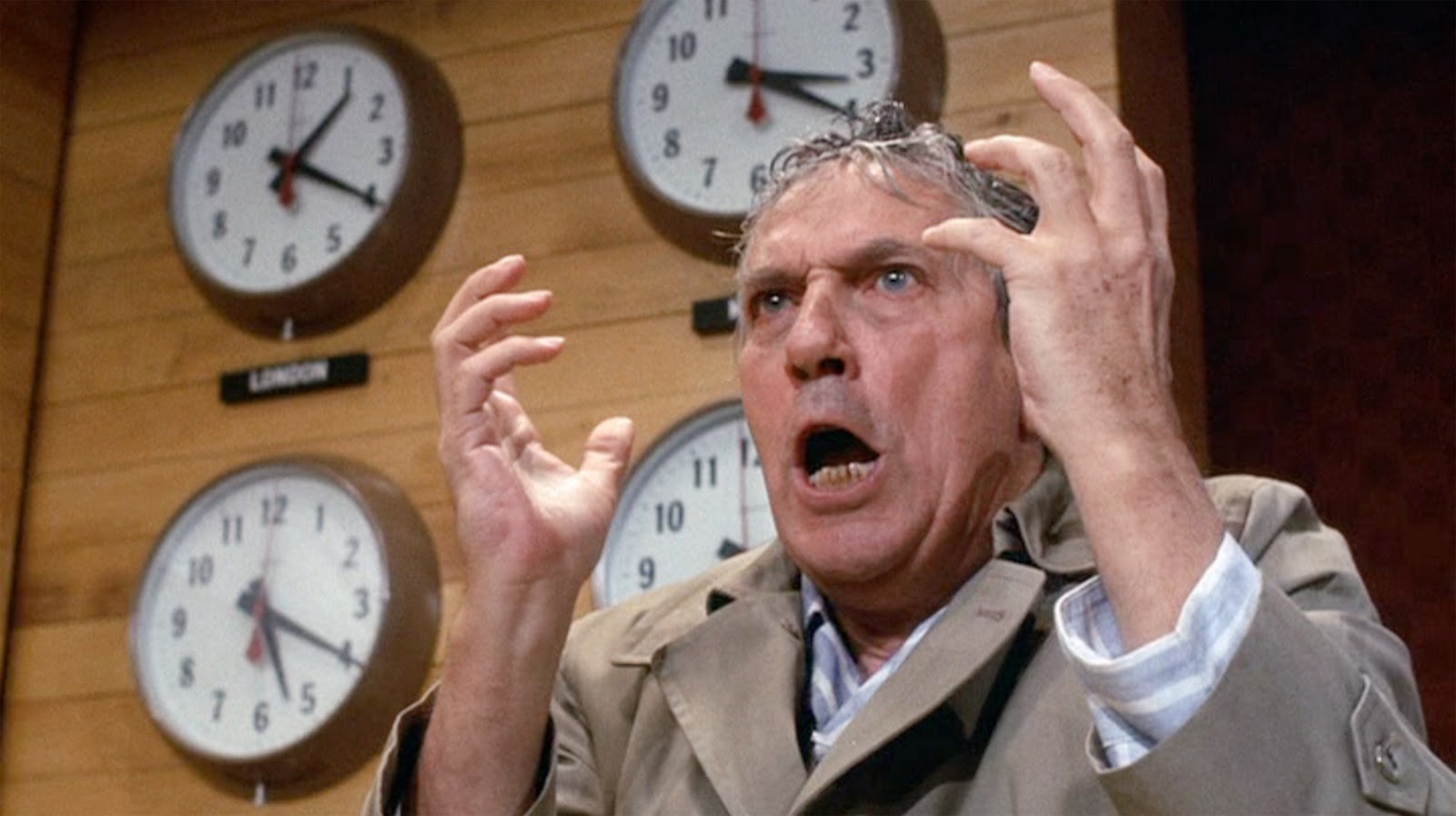 “I’m as mad as hell and I’m not going to take this anymore!” Everyone know’s the quote but how many of you have actually watched Network? How many of you actually knew what that was from? Well I hope you have seen it or at least I can convince you to give it a shot.Network is the story of Howard Beale a talking head for a large network television news program that snaps one night, says he’s going to kill himself in two weeks after receiving the news of his firing, and starts broadcasting his real opinions of the network, people, the world, etc. It is a true piece of prophetic cinema as many of the concepts put forth in this film such as the dilution of the “truth” in news casting and the dumbing down of the populous through addiction to less than “quality” programming and television in general have come to be the norm in today’s society as well as some harsh reality about the international corporate world.

You want to have some fun with this movie. While watching replace “Television” with computer/smartphone and “Network” with internet. See what I’m saying.

Network has some great dialog and amazing performances by Peter Finch, William Holden, Ned Beatty, and of course Faye Dunaway. If you’re a youngster out there discovering this movie for the first time give the movie a bit to get going like most movies from that era, it is worth it. Also it’s time to play spot Lance Henriksen.

Ned Beatty’s got this…