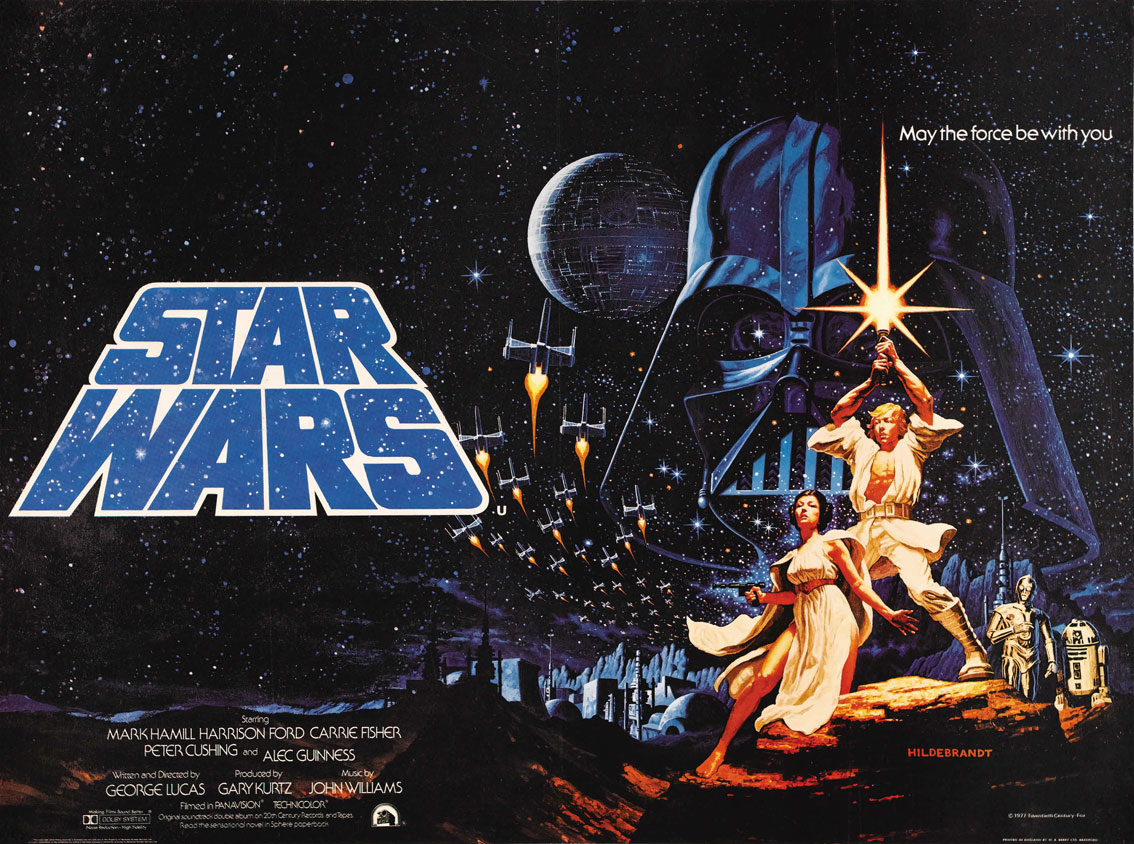 Well, what can I say. I saw Star Wars

when it first came out in the theaters in 1977. I actually was one of the few people who was aware of this film coming out. I used to read Starlog and magazines like that as all good little nerds do. I also used to go down to NYC with my mom every once in a while and we found several B&W promo photos for sale on the street, no doubt bootleg.  I still have these somewhere and will post a scan when I get around to it. Anyway, Star Wars always will hold a special place in my heart like with most people my age. It was the first no bullshit “that looks real” sci-fi movie. The fact that people even give a shit now about this movie is a testament to how ahead of it’s time it was in terms of film making. So, I’m looking to keep these short and sweet, so… it’s Star Wars

, it’s probably always going to be either my favorite film or in the top 3 always.

Overall being completely honest as much as I love Star Wars ANH there’s something to be desired as far as acting performances and the production has a few flubs keeping it from a perfect 10.