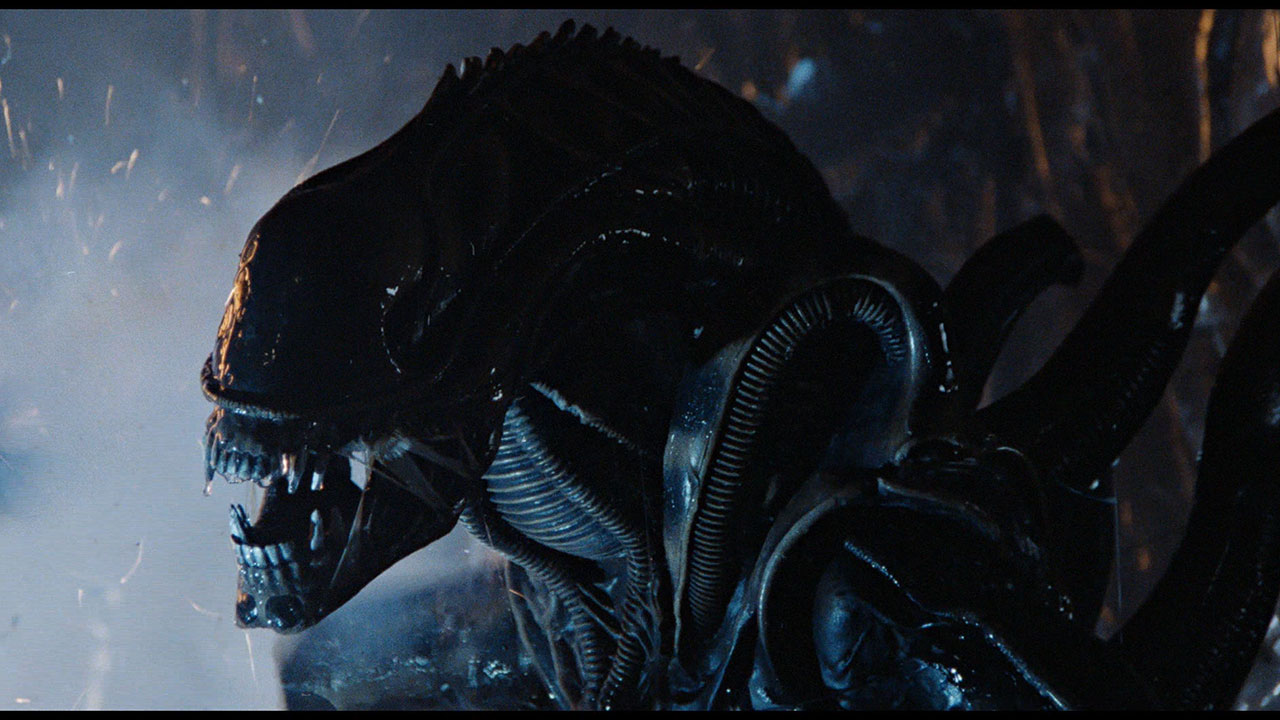 In 1986 alien movies were taken to a new level. James Cameron’s “Aliens

” is a masterpiece that in my eyes blows away the original. Blasphemy you say? Maybe. They’re really two totally different movies. “Alien

” is more of a military vs. alien infestation movie.  Easily I can say if you have never seen “Aliens

” you are missing out on a classic. Great performances from Michael Biehn as Cpl. Duane Hicks and Lance Henriksen as the android Bishop. Even after all these years this one still holds up effects-wise. A few mattes that are noticeable but overall acceptable. The extended version is the one to see. There’s a little over 15 extra minutes throughout the film. Most importantly the scene at the beginning where Ripley (Sigourney Weaver) learns of her daughter’s death while she was in stasis. This scene is very relevant to the feelings that Ripley has for Newt (Carrie Henn). Enough! Watch it now!!

My favorite by far of the franchise.