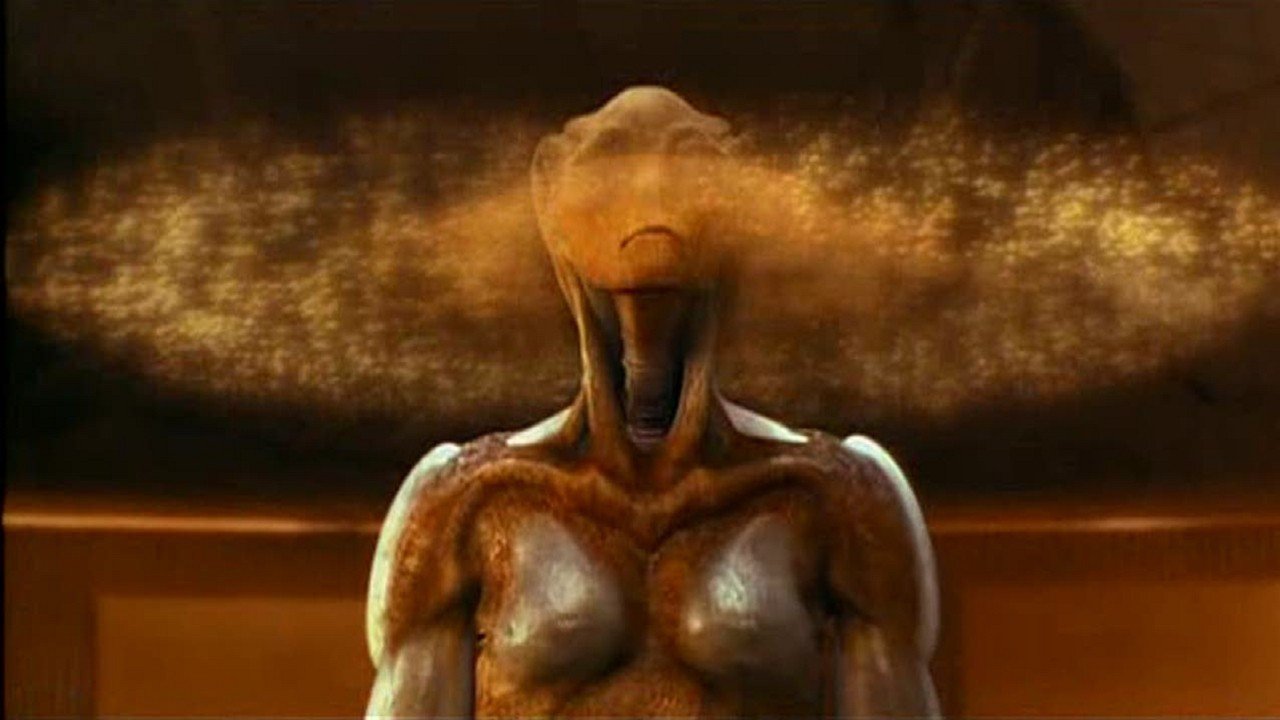 The 90’s brought an invasion of alien films that were quite worthy of notice. “The Arrival

” is one of them. Long before Charlie Sheen was “winning“, he was actually a good actor… if you needed someone to act like a paranoid douche.  “The Arrival

” centers around Zane Zaminsky an astronomer who discovers an alien signal. What is it with sci-fi and the nameZane? I’ve read a half a dozen sci-fi books in my life where the main character is named Zane. Is this some name of the future? I’m over 40 and still I don’t know one person actually named Zane. Where was I? Oh yeah, Charlie Sheen is a fucking lunatic who holds it together enough to make it to Mexico to investigate a radio station the signal seems to be communicating with. There he discovers the aliens’ true agenda.

” isn’t epic. It isn’t even in my top 10, but it’s a fun movie with really interesting looking aliens. Plus Ron Silver gets himself frozen and that is worth the time alone.